“Music activates more parts of our brains than any other stimulus.”
–Oliver Sacks

Music is well-known to relieve emotional pain. Not only does each of us probably have an experience of this, but it is borne out in scientific work in the US and abroad. The same brain circuits that manage the experience of emotional pain – anxiety, fear, shame, grief – also manage the responses to physical pain.

Brainwave Music is beginning to be used on a wider scale in the relief of pain, even in medical settings. Its ability to reduce the intensity of the pain experience is documented around the world.

What happens when the pain lasts for a long time, so that it becomes what is termed chronic pain? The brain signals shift away from the normal pain-processing pathways to involve the emotional centers. Fight-or-flight responses may be activated, not once in response to a single situation, but continuously, in response to a continuous experience of pain. Chronic pain even changes the size of parts of the brain, reducing the prefrontal cortex and the right thalamus, important components of chronic pain processing, by almost ten percent, distorting or reducing the activity of these areas. This kind of physical change to the brain brought about by brain activity itself, is called plasticity.

Such profound changes can have serious health consequences. Neurologically, chronic pain tends us toward depression. It can affect memory, and can damage our heart and lungs. Scientists in the field have even shown chronic pain to change the DNA in the white blood cells, weakening our immune system. The phrase “depth of experience” is not just a metaphor: prolonged pain goes deep into our molecular being.

Music Relieves Pain, but for How Long?

The good news is that music also goes deep into our being. It is a whole-body experience, and one that virtually always helps us to re-organize and re-orient towards a healthier state. It doesn’t have to be meditation music, or New Age electronica, to bring its balm to our souls. Researchers in Denmark found that people’s favorite music is the most effective music therapy in pain reduction. This has been verified by many other pain researchers, whether the music is Bach or the Beastie Boys.

But how long does the effect last? So far, the effect fades rapidly after the music stops.

The Brain is Rhythmic

By now most people know about brain waves. They are not actually waves, but the electrical result of many brain cells firing at the same time, over and over rhythmically. It turns out this is how our brains function. Different parts of our brains and different mental processes generate different rhythms. When a large portion of a part of the brain is involved in a single process, there are so many neurons firing together, like a big drumming circle, that the waves can be detected at the surface of our heads by an electroencephalograph, or EEG.

Electro, encephalo, or “of the head,” and graph meaning writing. This instrument uses sensors simply touching the skin to record the oscillations of our brains.

Since different brainwaves have been found to be associated with different brain functions, there are many apps and programs that claim to change your consciousness with brainwaves. Whether this is so, we do know that brainwaves can change based on stimulus from outside the body, such as music.

Can we use this knowledge to help heal pain?

One breakthrough for SongRest came when our study of existing research showed us that brainwaves can change due to outside stimulus, in quite sophisticated ways. One pervasive brainwave frequency is alpha waves. These are waves in the range of around 8 to 11 beats per second. An easy way to talk about beats per second is to call it by its scientific name, after the scientist who proved the existence of electromagnetic waves, Hertz. The abbreviation is Hz.

So 8Hz-11Hz is a range known as alpha waves, oscillations of the brain that happen when we are actively thinking. Researchers in Romania showed conclusively that the brain can change its frequencies to follow strong outside rhythms, and consequently change its mental activities. When the brain changes due to outside stimuli, it’s called “entrainment.”

We will try to change the mental experience of pain through entrainment to music. The final piece of our puzzle is that our brains, presented with a group of musical tones or harmonics in a given key, can insert the root note of the key as if it were present all along. This happens even if you aren’t musical – even if you are tone deaf.

For instance, if you hear the notes E and G, your brain can automatically insert a lower C as the root tone. E vibrates exactly four times as fast as C, and G vibrates exactly five times as fast as C. These are harmonics of C. This forms a C major chord. The brain recognizes the harmonic relationships and seeks the nearest mathematical structure. You may not know it’s a C chord, but you will know it sounds pleasant.

A few simple proportions give rise to all music, and our brains are already experts in this. When you think about it, it makes perfect sense, since all mathematics and all music came through our brains!

Now we have everything we need

These are things we know for certain, and on which we are building our program.

We identified key areas of the brain that become over-active with chronic pain, and other areas that become less active in chronic pain. We identified the brainwave frequencies of these areas, and selected just a few whose brainwaves can be read by EEG, so we can tell whether we’re having the desired effect. If the brainwaves follow the music, and the experience of pain is lessened, we know we are on the right track.

How Our Brainwave Music Is Different

Music has its own rhythms. Our brains have their own rhythms. What if they matched up? We are taking existing music and adjusting its rhythms to match healthy rhythms of the parts of the brain that are changed by chronic pain. For instance, to match 8Hz, a healthy rhythm of the prefrontal cortex, we change that into beats per minute, or BPM. 8 beats per second, multiplied by 60 seconds, gives us 480 BPM. That’s pretty fast! What if we divided it by four, and used 120 BPM? A great deal of music is in this tempo.

120 BPM is related to 8Hz by simple arithmetic. Our brains can do this math on their own without our thinking about it.

Above is a screenshot in Adobe Audition. The top stereo tracks are of “Enter the Sacred” by David and Steve Gordon, from the album Drum Medicine, used by permission. Here we have changed the tempo of three sections of the original song to a single tempo of 98BPM. We’ve also changed the pitch by different amounts to get a consistent pitch for our process. Three of the augmenting tones show as music tracks. The light lines with square dips in them are the volume shape of the tones. They get quieter as the music gets quieter, to keep from distracting the listener.

Let’s use 8Hz as an example of what we want to entrain our brain to. We take a piece of music that was recorded at 140 BPM, and slow it down in professional music editing software to our target of 120BPM. This is the same as 2Hz, or one fourth of 8Hz. Since our brains work with such proportions easily, we’re good to go.

But the tempo of the music may not be strong enough to affect our brains enough to make a difference. How can we amplify the effect without just making the music louder? Our answer is what we call augmenting the music. We will add extra tones that will be detectable by our brains without interfering with our enjoyment of the music.

We use four types of extra tones, which we generate in our music software:

1. We use pure low tones, almost at the lower limit of hearing. For 8Hz, we will use multiples of 4 (low-low C, 32Hz) or 5 (low-low E, 40Hz).
2. We use binaural beats, which use sound interference to create a pulsing rhythm of 8Hz.
3. We use isochronic tones, which are pure tones that get louder and softer in pulses. We’ll make tones that pulse at 8Hz
4. Occasionally we’ll use square waves. These turn sound on and off with no waving at all. They sound like clicks. We plan to test the effectiveness of these tones.

Above is an isochronic tone shown in Adobe Audition. The waves at the top show the volume getting louder and softer in a rhythmic way, though the tone stays the same.

We add these tones in various combinations, adjusting the volume of the augmenting tones so they are not noticeable in the bed of music. If you turn off the music, the tones are clearly audible, and your brain can sort this all out.

Sustainable Over Time? We Say Yes

Whether this effect can be sustained over time is still an open question. We are early in our research, but on our own personal trials, it has appeared to help. For one individual with severe chronic pain, listening to SongRest augmented brainwave music for one to two hours a day reduced the need for pain medication for several days.

If this effect can be sustained, we hope it can influence brain plasticity, restoring brain volume and function. If we can reverse physical changes in the brain through a program of rhythmic music powerfully augmented with tones focused on the brain frequencies of pain, we could potentially provide long-term relief of severe and chronic pain.

Along with using brainwave music to influence healing there is also a lot of research that has been done on the positive effects of affirmations both subliminal and audible.  If you were armed with all of these tools you would be well suited to counter act the effects of chronic pain.

SongRest is an independent non-profit research group founded in 2016 to study to possibilities of applying neurological principles to music for the purpose of relieving pain long-term.

Binaural Beats Brainwave Music – Why and How it Works (2022)

The Science Behind Binaural Beats and Isochronic Tones (2022)

David & Steve Gordon recently did a project in collaboration with SongRest. It derives from…

About
David & Steve Gordon
and Light of Mind 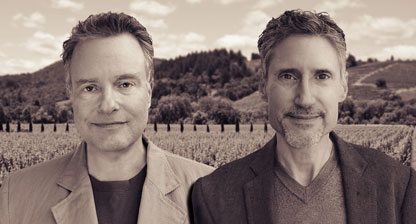 The Gordon brothers are pioneers in using sound, music and meditation as a way of "hacking consciousness" for self-transformation. Billboard-charting New Age music artists with over 2 million albums sold, they have also created over 200 human potential audio programs with sales of over 1 million. Along with their TEAM OF EXPERTS – therapists, doctors, and personal growth leaders, they empower people all over the world to "create their ideal reality." Continue reading. Can you really get 2 full length audio downloads when you subscribe the Light of Mind newsletter? YES! Plus exclusive discounts and life-changing articles.

"I can’t tell you how grateful I am for your products. My collection of Light of Mind audio downloads has absolutely changed my life!"

"I had to let you know how your audio downloads have helped me. I went from being unemployed to finally starting my own business and I am now well on my way to a six figure income. Your recordings gave me the confidence and belief in myself I needed. Many thanks for these wonderful products."

"Thanks for your Transcendence Experience downloads. They have enabled me to meditate when I was never able to before. It's so easy now!"

Get 2 Free full-length audio products when you subscribe to our monthly newsletter with exclusive discounts and amazing articles.